Interview True leaders lead because of their ideas and contribution to the common goal. Not because of their position in hierarchy. Everybody should try to stand out. Says author and coach Dorie Clark.

Not just a commodity in the marketplace

Dorie, let´s talk about Personal Branding. Everything you tell people about becoming a recognised expert you experienced yourself. Just tell us shortly why did you dive into this topic?

I realised very early on in starting my business, which I did in 2006 as a Marketing Strategy Consultant, that in many ways, you’re a commodity in the marketplace. There are so many people doing whatever it is you’re doing. If you’re a consultant there are a million consultants. If you’re a graphic designer, there are a million graphic designers. And somehow you need to give people a compelling reason to do business with you rather than with somebody else. And that of course becomes even more acute in the age of the internet because they cannot only choose from all the other marketing consultants or graphic designers in town, they can choose from all the ones across the world, many of whom are going to be demonstrably cheaper than you are. If you want to survive much less build a solid and lucrative business for yourself, you need to establish a brand with some recognition in the marketplace. Otherwise, there’s no good reason for consumers to do anything other than pick the cheapest option.

If you want to survive much less build a solid and lucrative business for yourself, you need to establish a brand with some recognition in the marketplace.

You wrote in your book that one needs a big idea. You’re raising the bar high. How important is this big idea?

That big idea may be a phrase that intimidates people and so I will amend it to a distinctive idea, maybe even a distinctive perspective. There is a woman that at least in the US is fairly well-known named Kris Carr. She wrote a book a number of years back called “Crazy Sexy Cancer”. That was a book for young people who got cancer because she unfortunately got cancer when she was young. And all of the books that she found were for people more typically they’re in their 60s or 70s and it just didn’t apply. When you’re in your 20s, you’re like, “Well, how do I date people when I have cancer?” Or things like that. It’s not what you think about when you’re 70. And so, her information may not have been that revolutionary per se but her perspective was very different. She had something unique to offer. I think it’s thinking through what is it about you that is different from everybody else and then how do you bring that to the fore.

We talked a lot about the individual standing out, the personal branding. But what’s the benefit corporations have of this?

The benefit to a company is a couple of things. The first and most prominent is that if you are known as a company where a particularly successful person or a group of successful and well-respected people are working, that is a clear free way to attract new clients, because clients are going to want to work with these cool people. And your company is the place that they can do it. So, as these individuals are building their personal brand, they are essentially doing free advertising for your company. That’s not a bad thing. On the other hand it becomes easier for you to recruit talent because other talented people want to work with your well-branded and well-respected employees. Encouraging your employees to build their personal brand is essentially a way of lowering your talent acquisition costs and enhancing for free your sales and marketing process.

It’s about thinking through what is it about you that is different from everybody else and then how do you bring that to the fore.

So you would say that corporations should foster the personal branding and thought leadership attempts of their people?

I think that there’s two different ways of looking at it. It’s internal branding and external branding. I think that it is strategically worthwhile for companies to invest in both internal and external branding help for their senior executives and their senior leadership team because those are the people who can become rainmakers for the company. And they’ll be publicly visible. They’re the ones who are speaking at conferences and can attract the clients in. Lower down in the organisation there are not necessarily client-facing people or the people that would be front. It doesn’t make a lot of sense for the company to invest in branding them publicly.

But I think it is very valuable for companies to provide coaching or assistance or training on personal branding inside the organisation. Because if an employee becomes attuned to how to raise their hand and say, “I’m really interested in this.” Or, “Oh, I have skills here that I can apply.” It makes it far more likely that their full talents will be recognised and can be utilised by the company. We see a lot of cases now where companies are not leveraging the full value of their employees because they don’t even know what their employees can do. They have no idea what they’re capable of. But if you train them to be able to say that they can, then you’re able to take far more advantage of that.

If everybody stands out or many people stand out and work on their individual missions, how does that match with the company´s goals?

Let´s search for the Shared Why

The other problem which happens much more often is that your brand and your company’s brand match for 100 percent. Because what’s the difference then? What are you personally adding? You’re not adding anything. Your brand is the exact same thing as the company’s and guess what? If all of a sudden you lose your job, you get fired, whatever, oops, if your brand is exactly what your company’s brand is, who are you without your company? The best is if you can establish an identity for yourself where it’s a little bit of what your company is like your overlapping but you’ve got stuff outside as well. That way, you’re not like a “Yes man” in the company. People can see the connection but you also bring something special to it.

How does this personal reputation affect leadership?

I would say that the role of personal branding and how it changes the leadership equation is that when it is done well, it actually makes leadership easier and better because it clarifies for people why they should be following you. It speeds up the process of building a following, because people are aware of who you are and what you want to do in the world. And if they agree with that, they’re going to want to sign on.

In a traditional leadership hierarchy you have to listen to your boss. In thought leadership that´s not how it works.

It´s not about preserving ossified hierarchies.

In theory, in corporations they want the best ideas to rise to the top. And so, if we’re serious about that and not just preserving ossified hierarchies but if we really want great innovative ideas, we should be welcoming them, whether they come from the senior vice president or from a frontline employee that has had some kind of a discovery because of how he has interacted with customers on the ground. There is something very powerful about that. 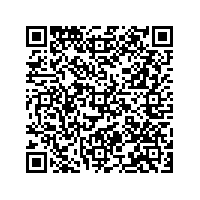