„I have to kill my butterflies“

Interview Samin Nosrat is a cook, an author, producer and filmmaker. She has her own series on Netflix. In an interview with New Management she speaks about creativity, leadership and her concept of diversity.

Samin, you are a cook, a teacher, an author, a producer, a filmmaker … Which of all those roles is the most important for you?

Puh, difficult question. I have been cooking for so long, so often when I meet people that don’t know me I say that I am a cook. Because it is the easiest way to say it. But I would say the umbrella above all of what I am doing is storytelling. So, if I could only choose one, I would choose writer. Writing relates most closely to storytelling and that is what I really care about. Writing is at the base of filmmaking. Writing is at the base of everything. As a cook you even write your menus!

Writing is hard work. How do you get into the flow? What’s the secret of your creativity?

I have to do some preliminary work to know what I want to talk about. And then often I make like 30 or 40 wasteful Google Docs with a lot of bad drafts. I try a lot of things out to see where it is going. One of the most beautiful quotes about writing is by Anne Patchett, and she says (not literally): When writers or creators have an idea, it is like a beautiful butterfly in their mind. And when they try to get that butterfly out of their mind onto paper it is never as beautiful and great as it was in their mind. You always end up killing that butterfly. But if you don‘t do that, there won’t be anything. So, I am getting more and more used to the idea that you have to kill the butterfly to create something. It is still hard, but if you don’t do something you will have nothing. And something is better than nothing.

Often it’s hard to focus, because there are so many distractions.

But back to your question: At a certain point, there are a lot of drafts and then I have to focus on what I want to convey. Because even if I want to teach you just a basic thing like cooking a rice dish that you might be afraid of – it’s a feeling I want to communicate. And the feeling is: Don’t be afraid! But I have to get clear enough to know how to talk about it. And that work around getting clear is basically meditation. And then I have to focus.

To focus is one of the most difficult tasks we have today. How do you manage to do it?

I lay on the floor! (laughing) People walking by my office wonder what that crazy person is doing. But seriously: I try to get things straight by walking or swimming. But the worst distraction is the internet. I use an app called Freedom to keep me out of the internet and help me focus.

I think you can overshare and talk too much about what you think. Then you lose the magic.

Is creative work for you a lonesome job? Or do you need others to challenge your ideas?

I talk to other people, sometimes I do too much of that. Instead of working I talk about it, as kind of a procrastination method. But I do think that sharing ideas with others is important because I try to communicate with a broad audience. I am not writing it for me, I write it for my audience to help them. If what I am writing only makes sense to me than I didn’t do my job. I do try to have other people comment. But I’ve also learned that having a really good editor is so important for me, and I have a great team at the New York Times and at my publisher. I am very lucky, because I think you can overshare and talk too much about what you think. Then you lose the magic.

In many restaurants you don't get any training for leadership or management. And as a female cook you lack role models.

At least in Germany professional kitchens became the symbol for old work, for command and control. Restaurants have a problem recruiting young talents, many restaurants close because of the shortage of workforce. That in mind: What does leadership mean to you?

Interesting. Here in the Bay Area, but actually all over the country, we have that problem, too. First because cooks and waitresses don’t get paid very well. But the kitchen has been one of the most pressurizing places I have ever worked. I have never experienced violence or yelling, but still there is a lot pressure in restaurants because everything has to happen immediately. And there are people outside, who are waiting to get their meals. Restaurants are not very lucrative businesses, so everyone is always feeling financially pressured. You know usually the way someone in a restaurant gets promoted is when somebody else does not show up. And then they say: “Hey today you are doing this or that” and then all of a sudden you got promoted. You don’t get the proper training, you are not taught to be a leader, you are not taught to be a manager. To some extent that happened to me. I was very young, 23, 24 years old and I was in charge of a kitchen. Everyone else was male, almost everybody was older than me. And it was very hard for me to earn everyone’s respect. And I did not have the tools, there was no role model for me. I became very angry and I started to get passive aggressive.

Looking back, I am not proud of it, I was feeling miserable. On one shoulder I felt the constant pressure of managing this restaurant and on the other shoulder the pressure of trying to get these guys to do a better job. But they wouldn’t listen to a younger woman of color. It was really hard and ultimately that restaurant failed. I learned a lot about who I don’t want to be. With time and space, I see that one of the most important things was that I was never taught. I have experienced that it is usual in the restaurant industry to be taught by example, on the job. But if the atmosphere in the kitchen is dominated by angry, loud male machos that’s not going to happen so easily.

Any idea how that could change?

Ideally the whole idea of restaurants and food should change. We do not appreciate food and the cook’s work. Everybody is looking for the cheapest groceries in the supermarket and cheap meals in restaurants. We don’t appreciate everyone along the chain from the farmer to the cook to the consumer. It would take a much greater systematic shift to change that. I think that any business and definitively the restaurant industry could benefit from organizational improvements.

If you want to bring me in, you have to bring another person of color or another woman. Because it is not enough to have just one. It makes me angry.

I was lucky, I had hard times, but not too hard. Otherwise I would not have made it. My own personal experience is not too bad. But looking at it in the bigger picture, I am one of very few Iranian American women in the food industry and in this country on stages, conferences and wherever it’s nearly always the men that are invited to speak at and dominate panels. We have to admit that there is very limited racial and gender diversity. I am happy – and it is an honor to me – that I am invited regularly. But I refuse to be the only one. If you want to bring me in, you have to bring another person of color or another woman. Because it is not enough to have just one. It makes me angry. In the beginning I felt alone because it was like I was not white enough or male enough and that I had to be better or I had to pretend to be as white or as male as possible to fit in. Now I feel the opposite. It’s them who have to broaden their mindset and create much more inclusive spaces. 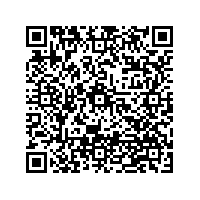